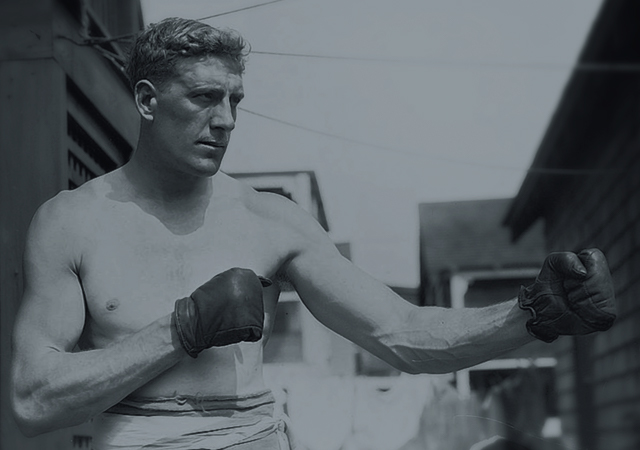 'Bombardier' Billy Wells In 1889, a legend was born

William Thomas Wells, better known as ‘Bombardier’ Billy Wells was an English heavyweight boxer. He was British and British Empire Champion from 1911 until 1919, defending his title fourteen times. In 1911 he became the first Heavyweight to win the 22 carat gold Lonsdale Belt, which had been introduced for British Champions in 1909.

In the humble setting of Stepney, in the East End of London, Wells entered a world upon which he would truly leave his mark.

In 1906, he joined the Royal Artillery as a gunner and was posted to Rawalpindi in Pakistan. Wells proved himself as a fine soldier and in no time was promoted to the rank of Bombardier. During this time in the army he trained with the help of a full-time boxing coach and competed in divisional and all-India championships with great success. 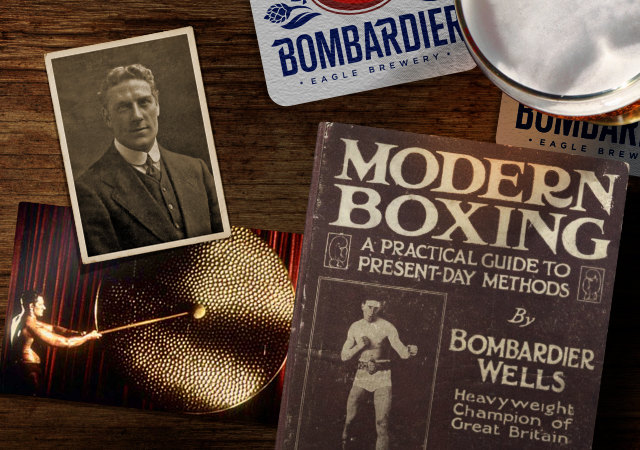 Following his heart, his head and his hands, Billy bought himself out of the army and returned to Britain to start a career as a professional boxer at a time when boxing was becoming very popular as a spectator sport in Britain and around the world.

Wells had his first professional fight on 8 June 1910, against Gunner Joe Mills, winning on points over six rounds. In his first eight fights he recorded seven wins and one defeat. In his next fight, in April 1911, he fought for the British Heavyweight Title against Iron (William) Hague, the holder, and Wells won by a knockout in the sixth round of twenty.

Wells went on to have a hugely successful boxing career with 48 wins, 30 of them being knockouts.

As well as his military and fighting career, Wells also wrote two books on the art of boxing, ‘Modern Boxing’ and ‘Physical Energy’ and had roles in several British films.

Wells is also famous for being one of the J. Arthur Rank ‘gongman’ - the muscular figures seen striking the gong in the opening of their films. 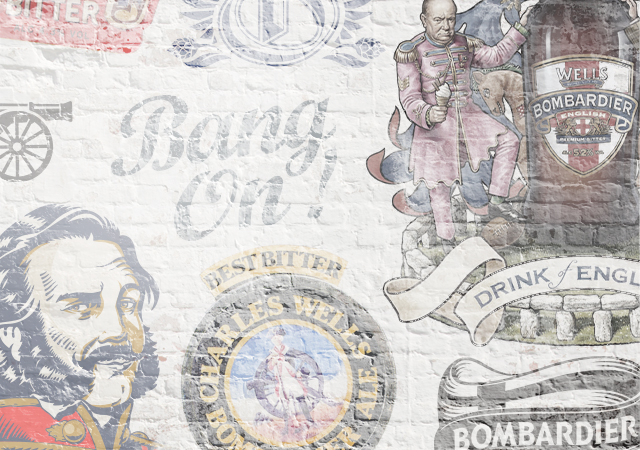 In 1980, inspired by characters like Billy, we gave birth to a legend of our own. A beer with unique character. A beer for people who don't give a damn about fads or fashion. We'd created a beer that pint by pint, drop by drop, stays true to itself. So we thought, what better name for our fine beer than Bombardier.

To this day, Bombardier has always been brewed at the same brewery in Bedford since those first pints were created in the early eighties. Using 100% British ingredients, we celebrate those who follow their taste buds, not the crowd. We're Bombardier, and we raise a glass to those who march to their own drum.

A taste of our history

Bombardier has gone through some changes over the decades. but what has remained is its smooth tasty flavour, bursting with British spirit. Take a look at some of our memorable moments... 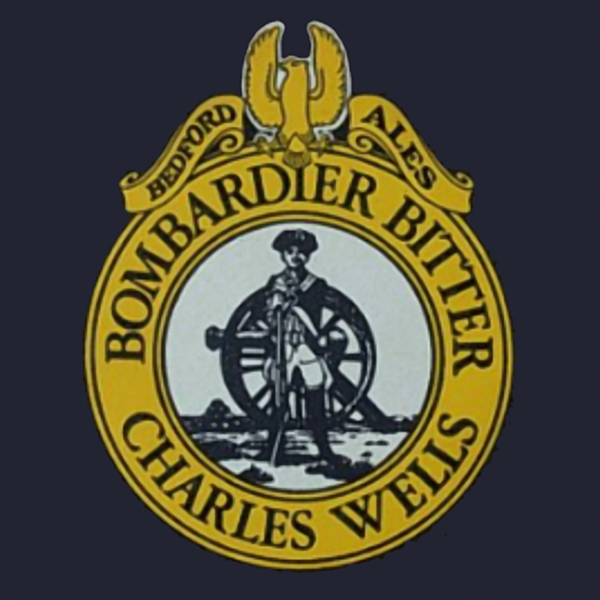 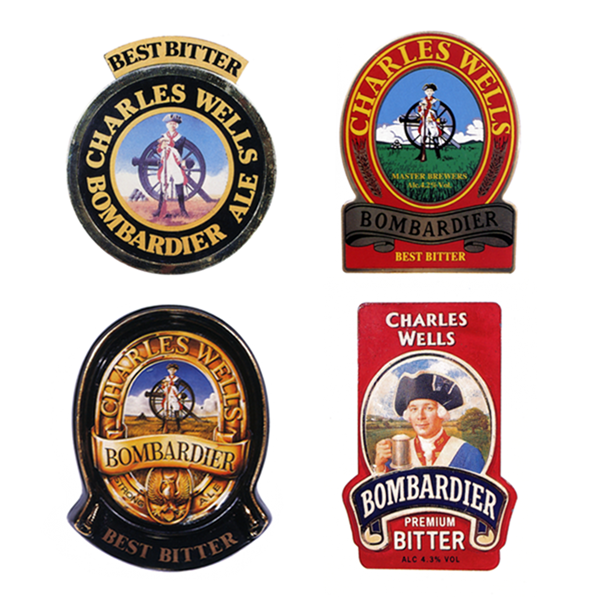 Bombardier has had many changes in appearance over the years. 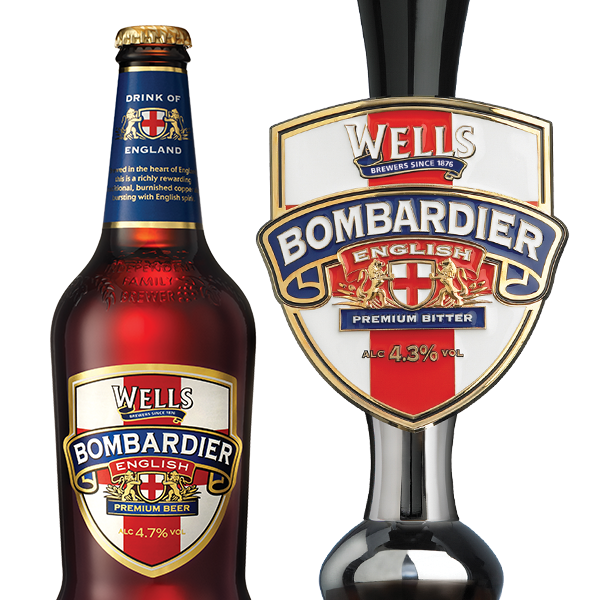 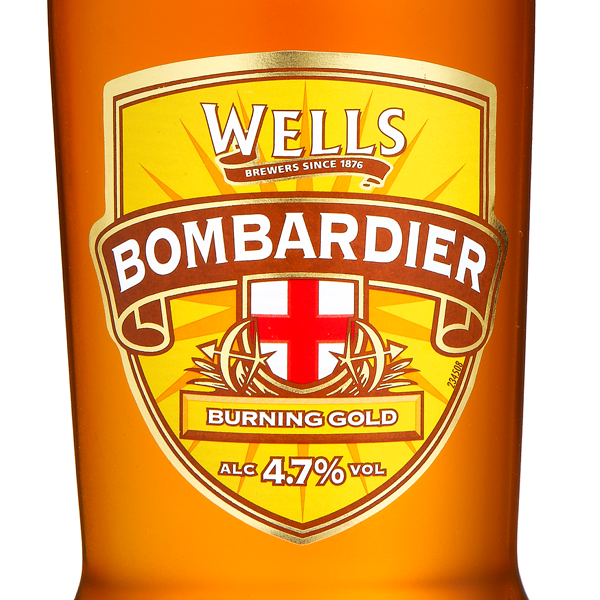 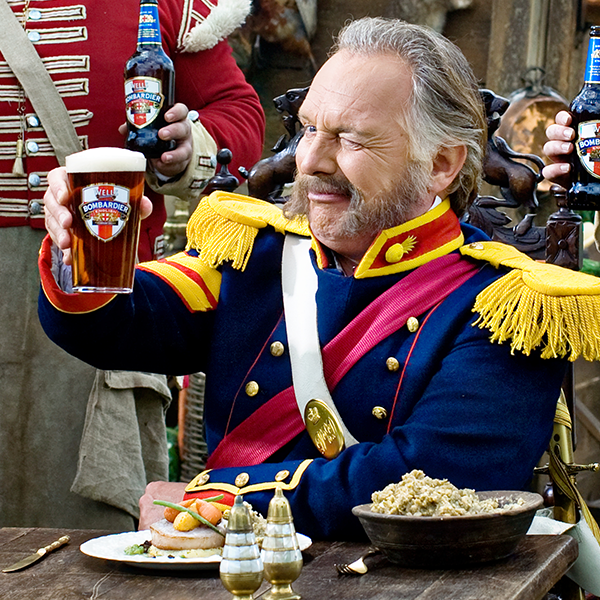 In 2011 Rik Mayall bursts on to the scene as the Bombardier in a series of memorable adverts. Bang On! 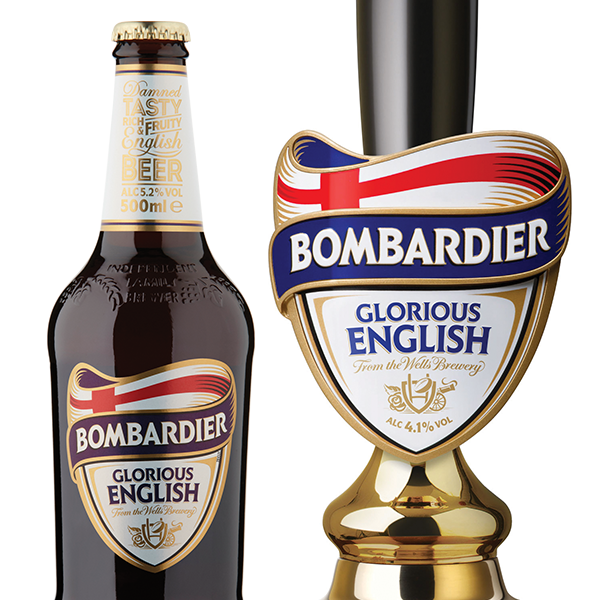 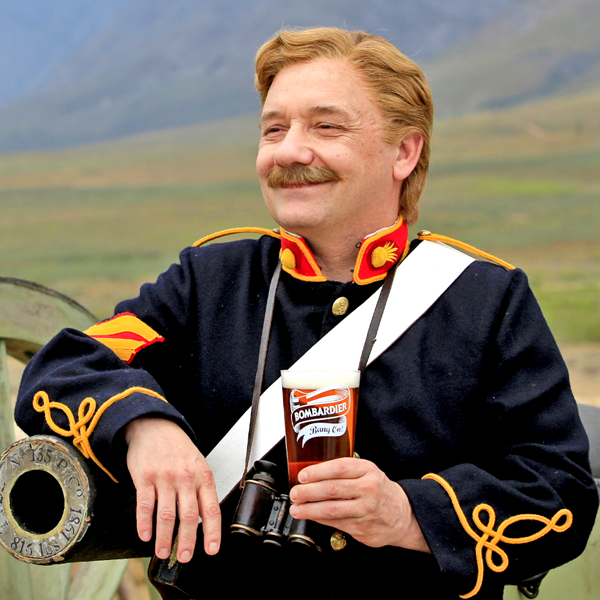 Bob Mortimer becomes the new face of Bombardier in 2015. Chaaarge! Your Glasses. 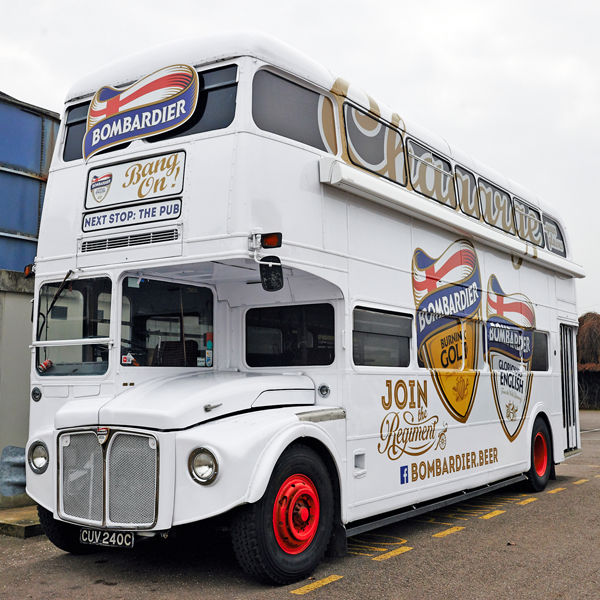 All aboard the Bombardier bus! 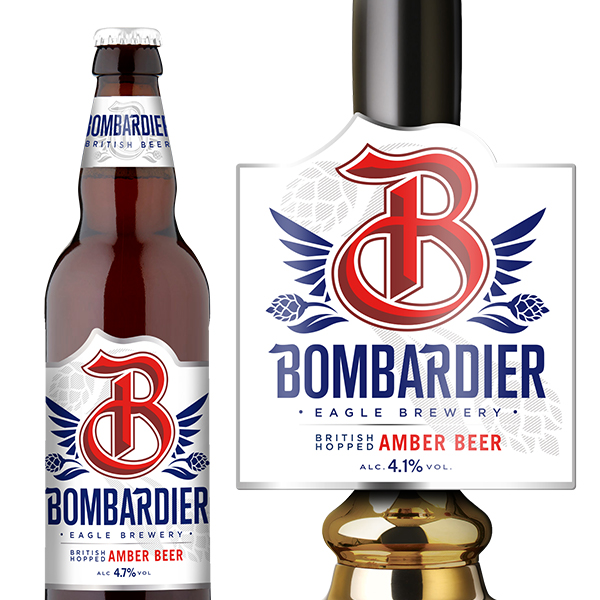 Bombardier is given a bold new look in 2018.

DID YOU KNOW? You can order an additional 8 pack of beer without increasing your shipping costs!
*subject to delivery location
x